Why Do Italians Use the Bidet?

Home
•
Why Do Italians Use the Bidet? 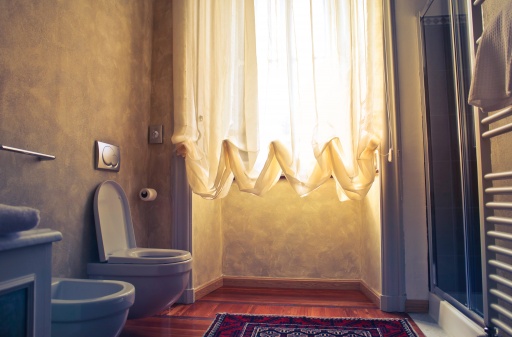 Napoleon Bonaparte, on the way back from one of his many campaigns, famously wrote ahead to his wife Josephine who was awaiting him back in Paris.  The letter was brief and to the point: “I’ll be home in three days. STOP washing up!”

We all know Napoleon as being a principal figure from French history, but in fact he was born to Italian parents on the island of Corsica, a year before it was ceded to France.  And anyone who has traveled to France during the summer months knows that the French seem to have retained the famous general’s taste for “natural” body aromas.

Yet the word “bidet” comes from the French for “pony,” clearly a reference to the correct mounting position.  So why has this handy little innovation of modern plumbing become a fixture in Italianhouseholds (97% have them) while having lost popularity in the country where it was named? Before you tune out, let me assure you right away that this is not going to be an instructional guide for the proper use of a bidet in Italy.  (Besides, it’s fun to let people struggle to figure this out for themselves.  It’s a sort of hazing tradition among expats in Italy and we all have to suffer through it).

The inspiration for this post came from a recent article in The Local website which stated some of the ways that British culture annoys Italians.  These two opposite poles are perfect for demonstrating the differences between Anglo-Saxon societies and Latin ones.

In my opinion, Americans are somewhat neutral in this debate: perplexed by the Italian obsession with hygiene (especially given the total lack of care given to public places) and equally confounded by the sloppy conditions inside most British homes (given the quite orderly nature of their public places).

My wife often recounts horror stories of her four months in England with a trembling voice and sweaty palms.  The memories still haunt her ten years later.  There was butter sitting out on the table for weeks at a time, dogs being served off of the family dinner plates, and…gasp!  Carpeting around the toilets!  Is there no limit to the British disregard for standard sanitation practices?

In Italy, the criteria for good housekeeping are much more stringent.  The internal living space must be kept spotless at all times.  No clothes hanging over the chair, no dishes in the sink, and no wet towels on the bathroom floor.  I live in fear of forgetting to put the toilet seat down.  I must clutch my glass of wine firmly at all times, because if I look away for a moment it will be whisked off, cleaned, and put away before I even realize that it’s gone.

Again, in the U.K. they tend to postpone these mundane tasks while addressing more important issues like showing up for work on time or operating a functioning government.  Not so in Italy—a clean house and personal hygiene are given top priority.  So you see, this idea of “il dolce far niente” (“the sweetness of doing nothing”) is total nonsense as it relates to the domestic realm.  If you’re doing “niente” around the house, you’ll certainly hear about it sooner rather than later.  And Italians have dozens of these little worries and obsessions concerning cleanliness and hygiene that never even occurred to me before living in Rome.

What does the bidet say about Italian culture?

However, I maintain that the use of the bidet in Italy provides the clearest example of this phenomenon—BUT we should denounce a couple of myths.  First, many people around the world wrongly associate the Italians with their malodorous French neighbors, believing that Italians might also lack personal hygiene because they’d prefer a quick rinse in the nether regions to a proper shower.  False.  The accepted philosophy is that you shower, on average, once daily and use the bidet two or three times “as needed.”   I’ll spare you a detailed definition of “as needed.” So then, perhaps not surprisingly, these myths also find some roots in the Church.  Yes, Catholic culture, and its sense of morality as it relates to the human body, once played an important role in bathroom protocol.  Saint Jerome, for example, recommended that young girls never (yes, never) take a bath, so as not to risk seeing their own bodies naked.

It is said that Saint Agnes died at the age of thirteen without ever having taken a bath.  (If the lack of soap played a part in her death, I cannot say, although it isn’t hard to imagine.)

When the popular thinking became more “progressive,” apparently it was OK for young girls to take cold baths—wearing a heavy frock the entire time, and in the presence of a nun.

I’m not sure how things changed so much in Italy to the point where it is now; which is to say at the limit of obsessiveness over germs and such.  But it’s true that in the country most influenced by Catholic traditions, the bidet has found its only place as an index of civility.

For myself, I’m not totally against it, but nor am I entirely convinced of its merits.  However, I will say that I have already given my newborn daughter more bidets than the average American will take in a lifetime, so I guess it’s slowly winning me over.  And the truth is, she loves it!  You should see her smile and laugh when she’s getting her little culetto washed.  It’s hard to argue with the unprejudiced reactions of an infant.  As the saying goes, “Out of the mouths of babes comes wisdom and truth.”  Well, my baby can’t talk yet, so not much wisdom is coming out of her mouth at this point.  But that doesn’t mean that other parts of her don’t have some wisdom to share.